Each character belongs to one or two of the three classes, and each class has different jobs.

A character's class is fixed and cannot be changed, but they can gain experience and level up.

In strategic game screens you will also see titles like "Steward" or "Research Director". Theses are background stories and has no game effects.

Each level grants one training point that can be used to initiate trainings, used to improve their skills in the relevant class. For scientists and technicians, level directly correlates to their capabilities.

Most new characters's starting level is 2 to 4, some has 1 or 5, and levels can be increased quickly by earning experience.

A soldier's combat skills does not increase directly with level, unlike scientists and technicians. Instead, they can spend their level ups in increasing attributes, which indirectly increase their skills.

Scientists do research at base and builds Geological Probes, Excavation Sites, and Terrforming Stations using the Scientific Craft.

Technicians do production and construct/upgrade buildings at base and builds various stations such as mining stations using the Technical Truck.

Characters having level in two classes are multiclass characters, and they can fulfill either roles. Their two classes' level, experience, and trainings are independent.

Multiclass soldiers are best kept at base, so that they can hop on the UFO at anytime. 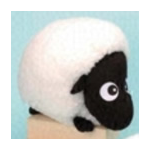 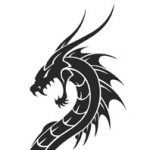